Lands End to John O' Groats on a Penny Farthing 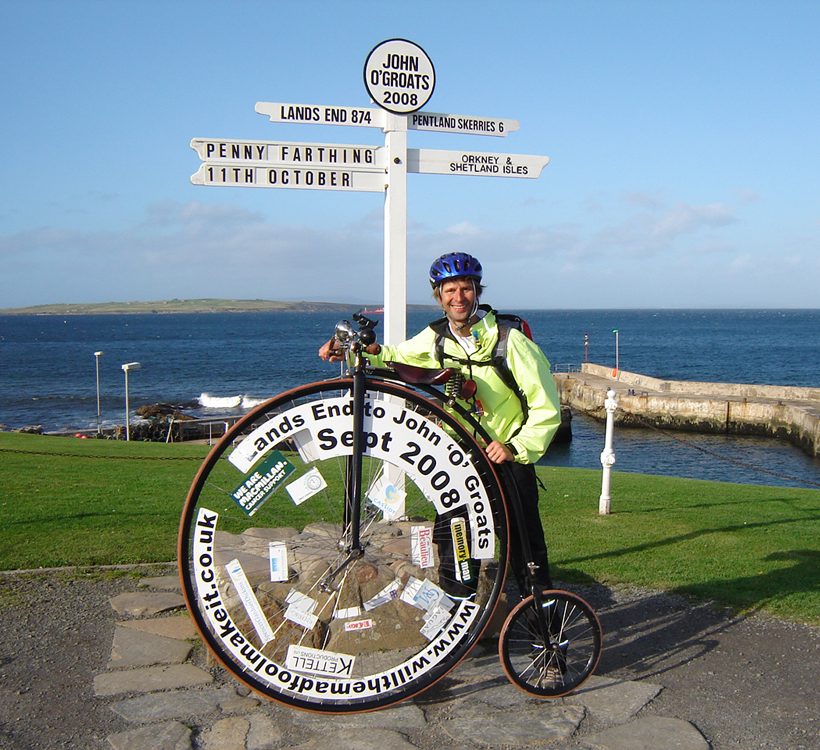 7 marathons in 7 days in a giant human hamster wheel 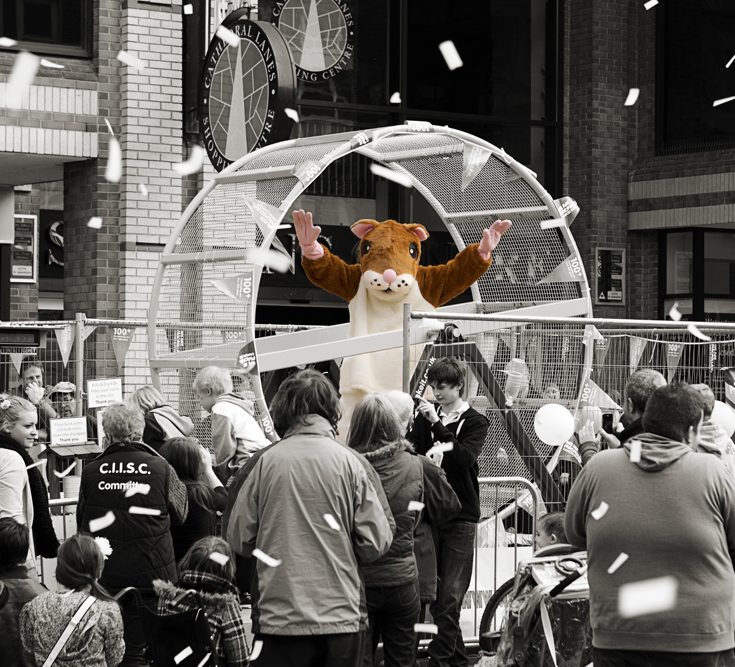 Suspended in the air by helium balloons for 7 days 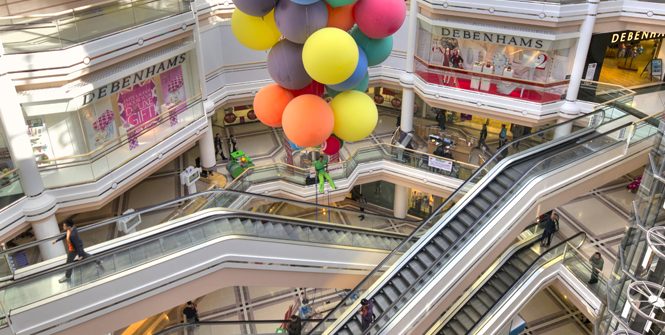 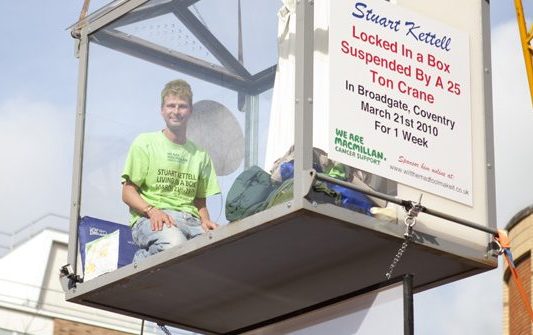 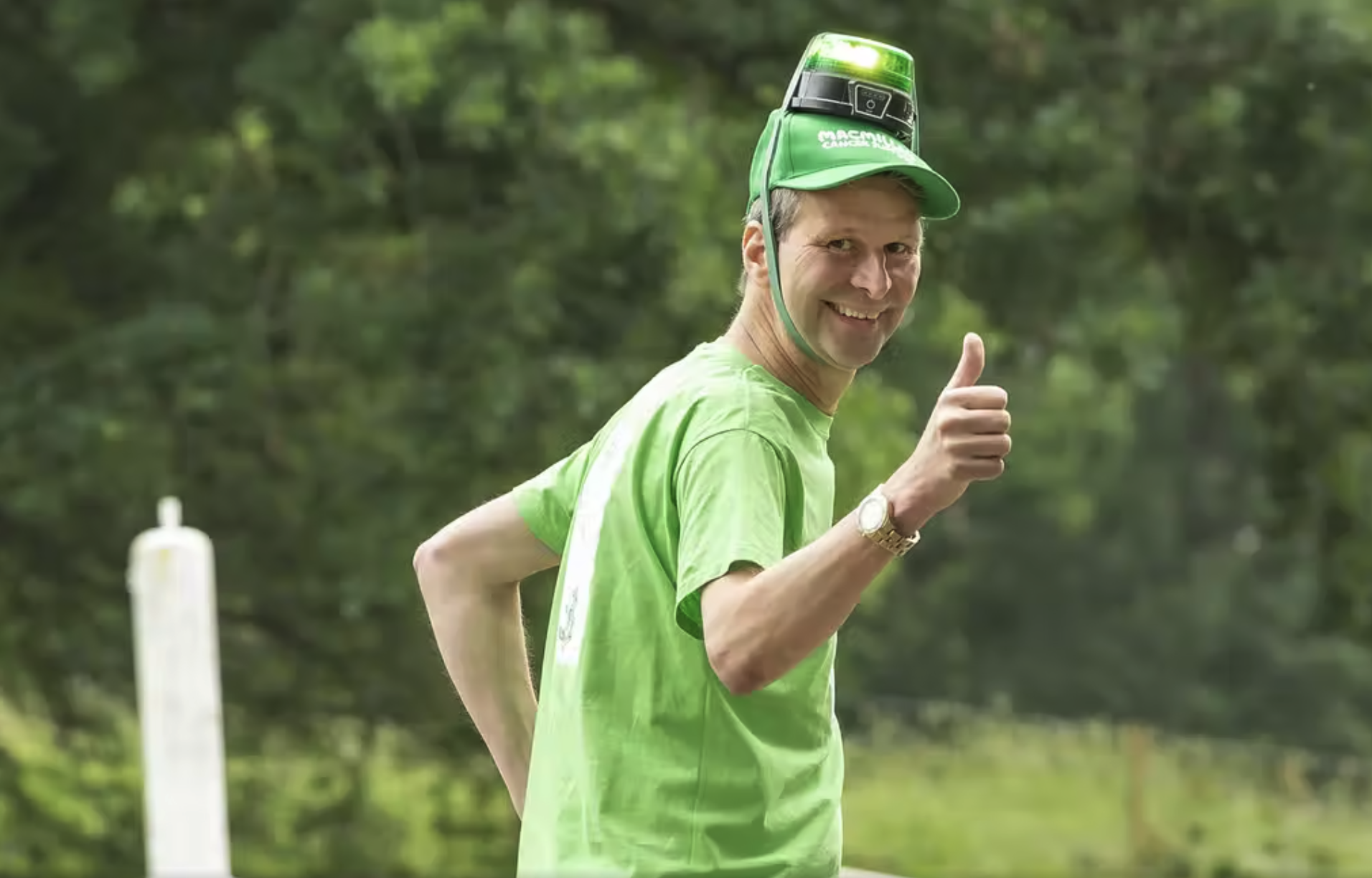 Will the mad fool make it?

Stuart has raised nearly £60,000 for the charity over 14 years by completing an annual “wacky challenge”.

His feats included spending a week suspended in the air by helium balloons, pushing a Brussels sprout up Mount Snowdon with his nose, and cycling from John O’ Groats to Land’s End in a pedal-powered bathtub.

In 2021, Stuart walked raised money to fight cancer by walking backwards for 100 miles between Northampton and London.

In 2022, Stuart will take yet more steps backwards, by running the famous London Marathon, you guessed it….backwards!

As Stuart flies in to action in preparation for his next big challenge, we catch up with how things are going...

With 1 Challenges under the belt, the total amount raised for Macmillan Cancer Research is now well over £60,000!

Challenges Training is now well under way for the 2022 challenge!

With October 2nd looming ever closer, training for the London Marathon is going, well...backwards!